WILLOW, NY – The James Cox Gallery in Woodstock held another of its popular online auctions on May 22, offering an eclectic array of more than 200 paintings, works on paper, sculptures and photographs in what gallerist James Cox described as “a remarkable diversity”. array of high quality artwork.

The sale totaled $128,283 and was 95% sold with 1,175 participating bidders, including online via LiveAuctioneers and Invaluable. Woodstock art and photos from the collection of Marcuse “Cusie” Pfeifer (1936-2020) performed best, according to Cox.

The day was led by Tom Wesselmann (1931-2004) “Study for Bedroom Painting #69”, 1983, an oil on canvas, 23 by 21 inches, signed on the reverse and framed, which fetched $25,000, sold at a gallery in Germany. Wesselmann was an American pop artist best known for his collages, sculptures, and serigraphs that stylize the female figure. The goal is to grab the viewer’s attention, and here isolated segments of the female body seemingly seen through a dynamic aperture fulfill that mission. “The primary mission of my art, at the beginning and always, is to make figurative art as exciting as abstract art,” he once said of his work. Wesselmann’s works are in the collections of the Art Institute of Chicago, the Museum of Modern Art in New York, the Tate Gallery in London, and the National Gallery of Art in Washington DC, among others. 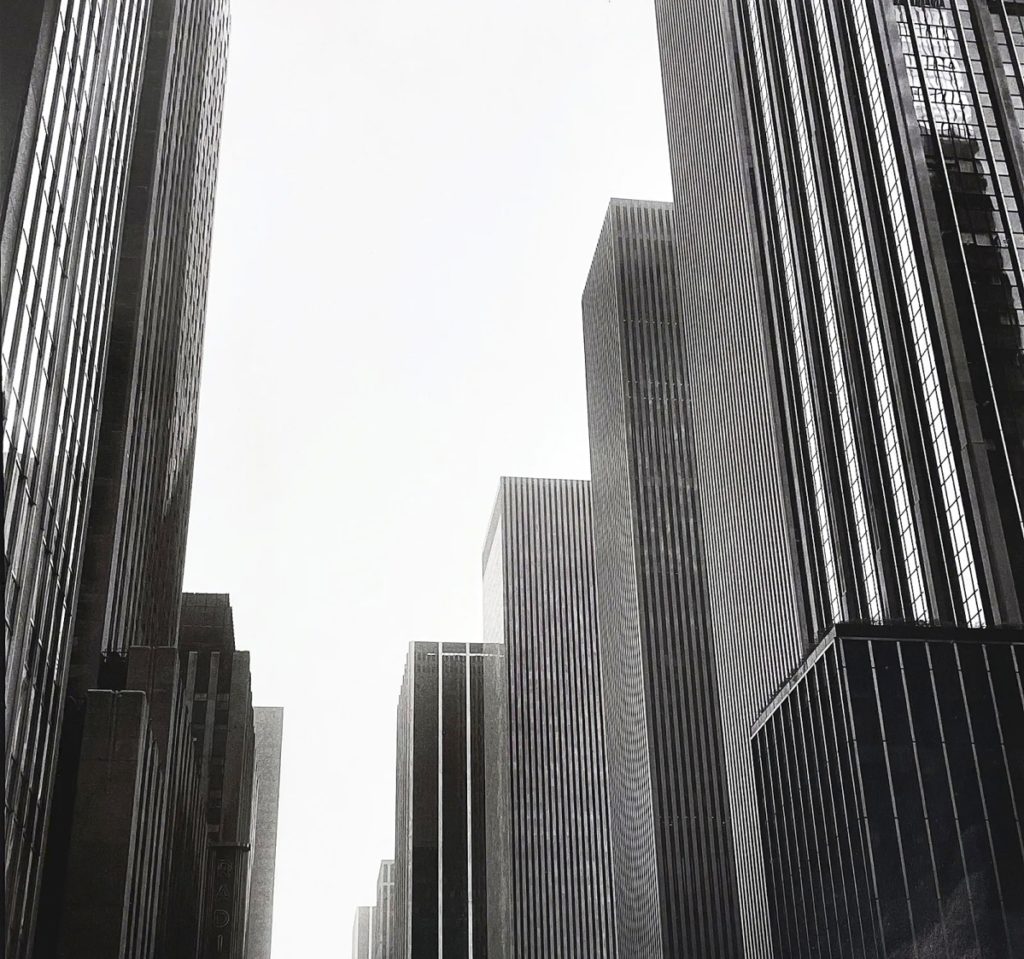 The sale included more than 50 pieces from Pfeifer’s estate, whose Manhattan gallery featured some of the world’s finest photographers. In this group were well-known names such as Sasha Stone, Lilo Raymond, Heinz Hajek-Halke, Erwin Blumenfeld, Edward Curtis and Peter Hujar. Several important books from Pfeifer’s personal library also made it through the block. A cover design project for Virginia Woolf Years, around 1935, of the Pfeifer estate sold for the surprising sum of $6,875. The watercolor and graphite on paper of Vanessa Bell (1879-1961), who was Woolf’s sister, was unsigned and measured 7¾ by 5¼ inches, framed under glass.

It may have been difficult, on one of the hottest weekends in May, to relate to what Cox called the “showstopper” of the sale, but nevertheless “January Thaw”, circa 1940, of Harvey Emrich (1884-1972), a Late Winter Landscape, found favor, bringing in $3,250 from a private collector. The oil on canvas, 24¼ by 36 inches, depicted a small herd of cattle huddled next to a barn against a backdrop of high mountains and reflections of melting snow. A silhouetted bird in flight was a bright note against the gray barn. 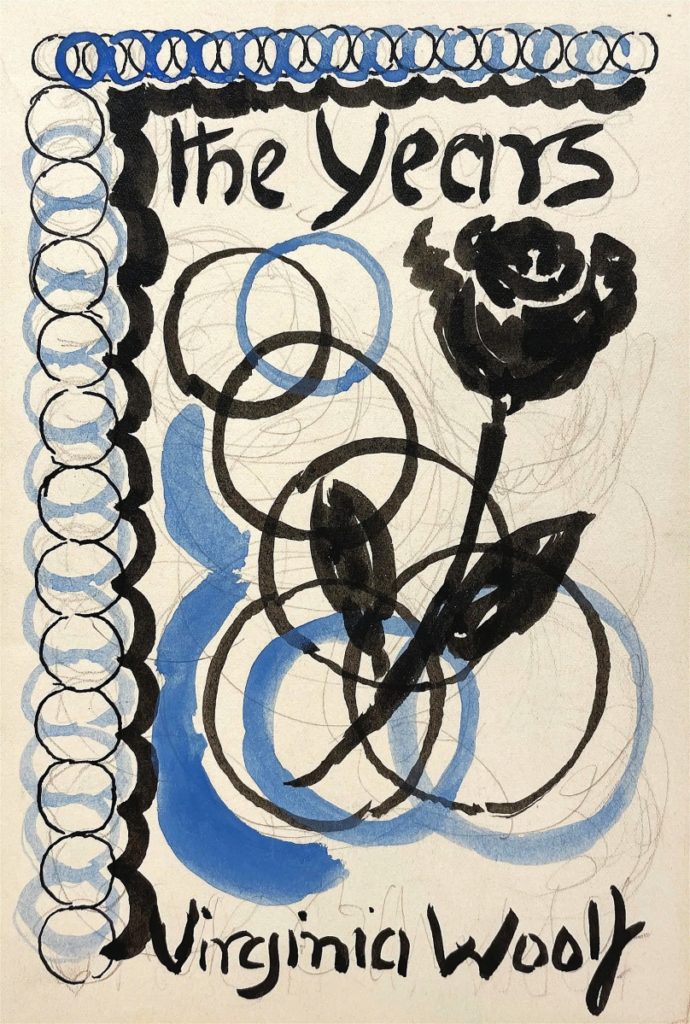 The work of American printmaker and painter Norma Morgan (1928-2017) can be found in major collections around the world and she has been highly recognized for her etchings and etchings, many of which were inspired by her time in Great Britain. Brittany. Born in New Haven, Connecticut, the African-American artist has been interested in art since childhood. In this sale, she was represented by “Wooded Twilight”, circa 1980, an acrylic on canvas mounted on Masonite, 10 by 6 inches, which was offered for $3,625.

In addition to the selection of photographs from the Pfeifer estate, prints and paintings from an important Woodstock collection were also offered. Two watercolors on paper by Woodstock artist John Pike (1911-1979) – one depicting a winter scene and the other a summer theme – were noteworthy. “Winter Stream”, circa 1960, 22 by 29½ inches, was $3,375, while “The Old Swimming Hole – Big Deep, Woodstock, NY”, circa 1975, 28 by 20¾ inches, was $2,500. “The Old Swimming Hole” depicts children playing in a favorite swimming spot in Woodstock, now known as the Big Deep. While small children frolic in a magnificent forest setting, their mother relaxes in the shade reading a book. “It’s a lovely and unusual topic for Pike,” Cox noted. 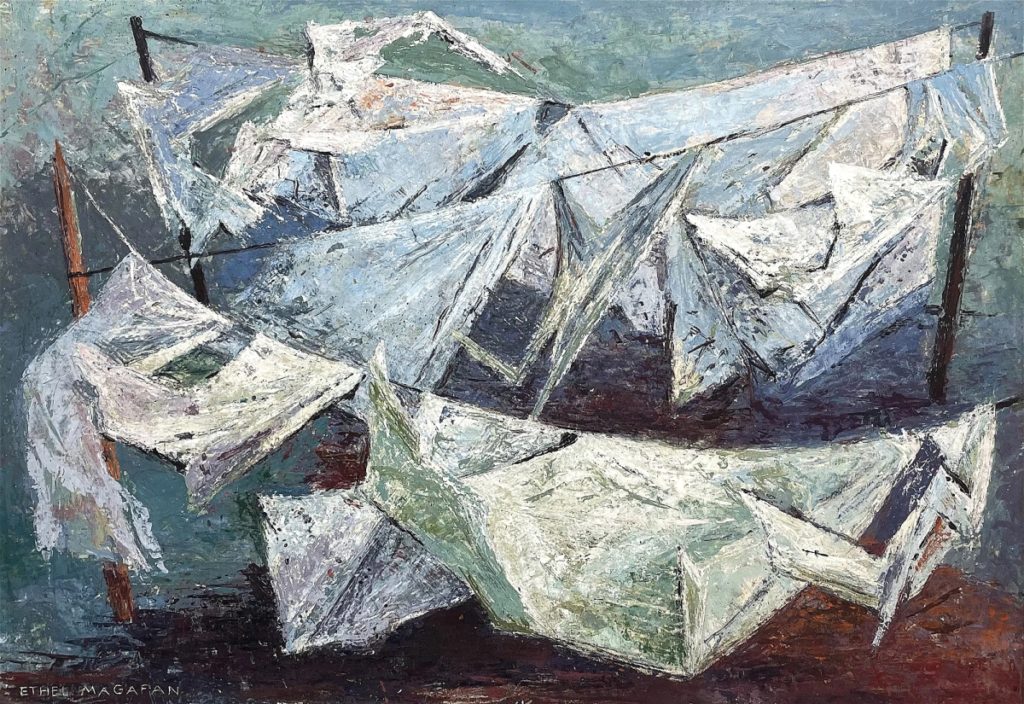 Another Woodstock artist, Ethel Magafan (1916-1993), the daughter of a Greek immigrant father and a Polish immigrant mother, was represented in the sale by a palette knife painting of white sheets drying in the wind, ” an example of Magafan’s interest in simple domestic subjects,” observed Cox. Titled “Night Wind,” the circa 1960 oil on masonite exploded from the gallery at $2,250.

The prices shown include the buyer’s commission as quoted by the auction house. The next sale will take place in December, date to be determined. For more information, 845-679-7608 or www.jamescoxgallery.com.